"Will My First Communion Change Me?" [Parishioner Reflection] 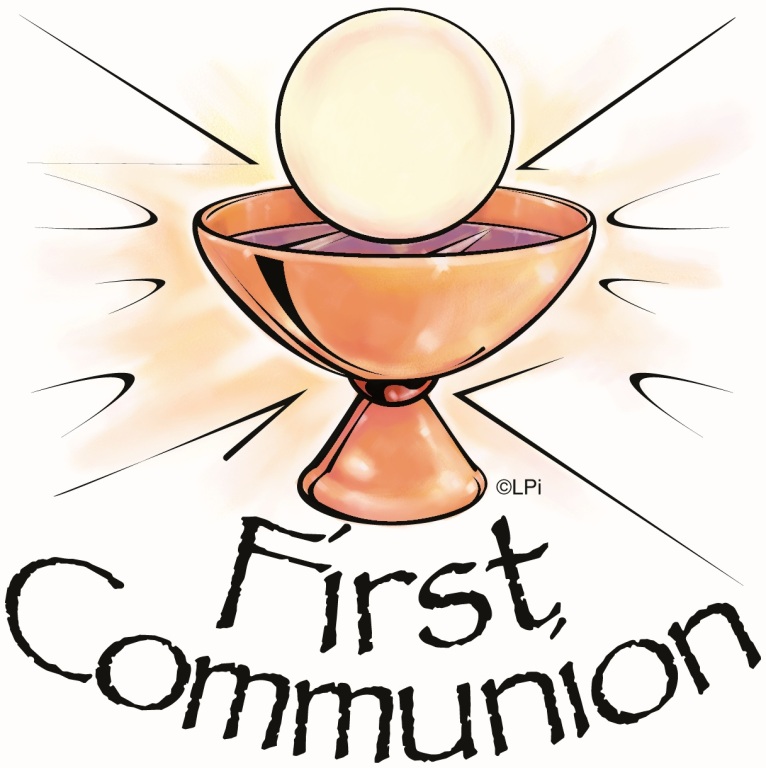 My son Logan made his First Communion this past Sunday. Like the rest of the First Communicants, he was full of excitement and questions. Some were easy, like: "Did you remember your First Communion?" (Sure do). "Were you nervous?" (Yes). "How many Communions have you had since then?" (Roughly 2,000). Some were a little harder, such as: "How does bread and wine become the body and blood of Christ?" (It’s a mystery). "What’s it called?" (Transubstantiation). "What’s tran-some-a-call-it?" (Ask your mother).

But perhaps the greatest challenge was posed by the most deceptively simple question:

"Will my First Communion change me?"

The simple answer is, "yes, of course it will." Receiving Jesus in Holy Communion is a life altering experience. But what does that mean?

Fortuitously, the Sunday Gospel provided the answer. John’s Gospel relates Jesus’s familiar colloquy with Peter about Peter’s commitment to him (“Do you love me, Peter?), which is as much a familiar part of the season as the Easter lilies. It is a moving story that recalls Peter’s earlier denials of Jesus, and Jesus’ incessant questioning about Peter’s love for him serves as a sort of expiation.

This Sunday, however, I was struck by the earlier part of the Gospel narrative—the part that had always seemed like mere exposition, the part that set the scene for Jesus’s dramatic interrogation of Peter. In this earlier part, the disciples decide to go fishing, when they are encountered by a stranger on the shore who tells them where to cast their nets. In doing so, the disciples bring in a tremendous haul, and recognize that the stranger is, in fact, the Risen Christ.

And they realize something more. Once you encounter the Risen Christ, life can never be the same. The fact that the disciples had returned to their profession of fishing suggests that, while they may have known that Jesus had risen from the dead, they had not allowed it to change them. It had not sunk in. They could go back to their normal way of life as if nothing had happened—like so many of us who receive Communion on Sunday and head back to work on Monday. But something did happen—the Resurrection happened—and life could never be the same. Peter realized this immediately. That’s why he leapt into the water the moment he learned that Jesus was on the shore. There was no turning back. Jesus’s conversation with Peter re-iterates this.

Interestingly, the story about casting nets occurs at the end of John’s Gospel—it is the last story, in fact—and that, in itself, is revealing. The next step in the story of salvation is up to Peter and the disciples. They cannot go back to being mere fishermen. They are changed. How much so is revealed in Jesus’ foretelling of Peter’s eventual martyrdom. Peter’s life will never be the same.

Which leads me back to my son’s question about First Communion and how it will affect him. And what I tell him, I tell to all: life can never be the same. We can’t just go back to our work-a-day lives. We must cast our nets where Jesus tells us. Because once you encounter the Risen Christ—be it in your First Communion or your five thousandth—life will never be the same. For my son, there will be obvious changes. He can now serve on the altar with his brother and friends. He can receive a second, third, fourth Communion. And for the rest of us? Well, that’s a question we need to ask ourselves each day of our life. Or let Jesus ask the question: “Do you love me?"

I hope and pray that by our life, our faith, the answer is "Yes."