Where Does the Rosary Come From? [Parishioner Reflection] 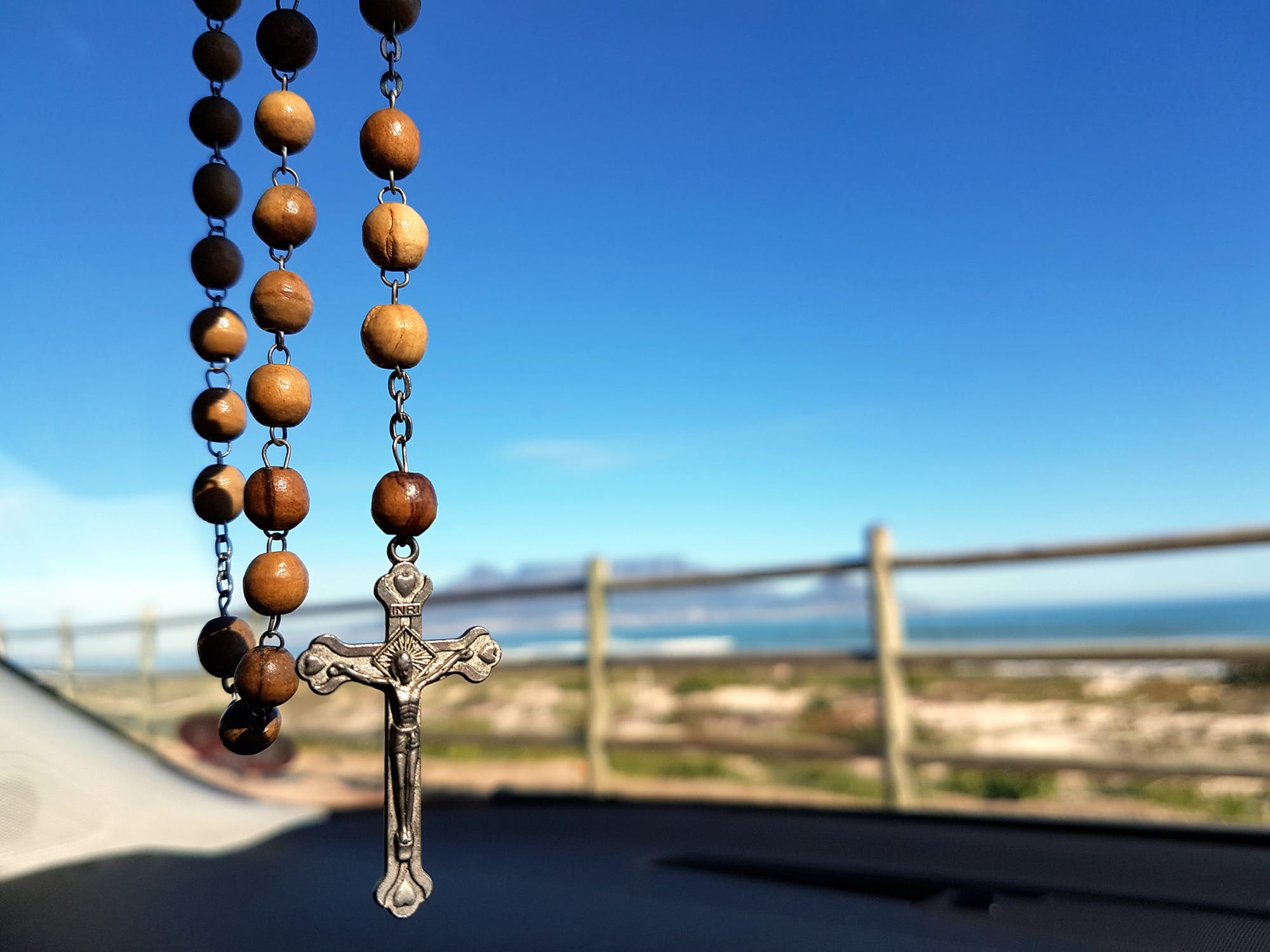 This year, St Dominic’s feast day is Thursday, August 8. Tradition tells us that he received the Rosary prayer from Our Lady, the Blessed Virgin Mary. He found success combating the Albigensian heresy through the spreading of the Holy Rosary. The Albigensian heresy was a dualistic belief system that saw the body and material world as evil and the soul as good. An evil principle or god was behind the creation of the physical world and is the source of all evil. An opposing good principle or god created the spiritual world. The only hell is life on earth where the soul is trapped in the body. Death, which frees the soul from the body, is salvation.
As you can guess, Albigensianism rejects all Catholic dogmas that support the goodness of the body or of the created material world. For example, they denied that Christ really took on flesh; he only appeared to have a body. Let’s consider how the Rosary could combat some of these harmful errors.
But first, in case anyone is a new Catholic or unfamiliar with the Rosary, let me give a brief description. The Rosary is a prayer that includes both words and meditation. The main words are the Lord’s Prayer and the Hail Mary. After an introduction that includes the sign of the cross, recitation of the Apostles Creed, and the Glory Be, the Rosary proceeds with one Our Father followed by ten Hail Marys. That is called a decade. During each decade one meditates on one mystery from the life of Christ or the Blessed Virgin Mary. Each set of mysteries includes five mysteries, thus the common practice of a five-decade Rosary. A friend or a quick Internet search can provide a more detailed explanation of how to pray the Rosary.  Here’s one helpful overview.
Now let us consider why the Rosary might have succeeded in turning people from the error of Albigensianism. First of all, the Apostles Creed strengthens Catholics in the true faith:

We’ve hardly begun the Rosary and yet so much of the Albigensian error has been dismissed!

Moving on to the mysteries of each decade we can see many more ways to refute Albigensianism:

These are perhaps some of the reasons the practice of the Rosary was effective against the Albigensian heresy. Regular praying of the Rosary could expose the errors of the heresy for what they were. I focused on how praying the Rosary enlightens one with the truths of our Catholic faith, but many other benefits could be enumerated related to the other two theological virtues: hope and charity. I believe St. John Paul II highlighted two specific benefits of praying the Rosary: the strengthening of the family and world peace, intentions especially important in our day. The Albigensian heresy may seem remote or strange, but there are modern day errors and dangers of other types against which regular praying of the Rosary can help protect us.

St. Dominic, pray for us!