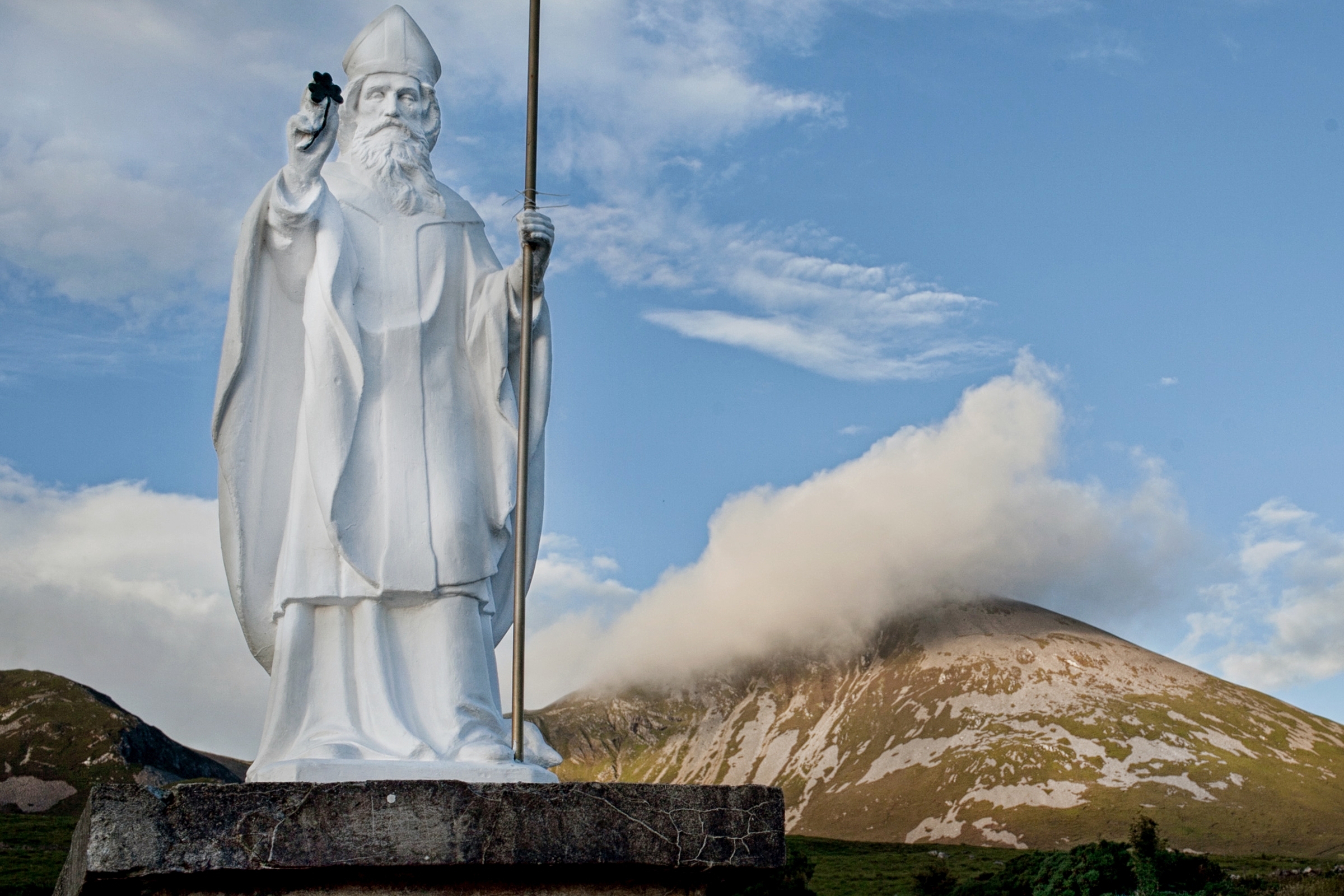 St. Patrick lived in the 5th Century. It may be a surprise to you that he wasn’t born in Ireland. He was born in Roman Britain. But the Providence of God brought him to Ireland and allowed him to bring the gift of Christ to the Irish. When he was sixteen years old, Irish marauders kidnapped him and sold him as a slave in Ireland. There he spent six years as a shepherd until he was able to escape on a boat back to Britain.

His time as a slave turned out to be a blessing to him because he was afforded much time and inspiration to pray. He was raised in a Christian family, the son of a deacon, but he confessed that at the time, “I knew not the true God, and I was brought captive to Ireland with many thousand men, as we deserved; for we had forsaken God, and had not kept His commandments, and were disobedient to our priests.”* He saw this hardship as a grace from God: “I cannot and ought not to be silent concerning the great benefits and graces which the Lord has bestowed upon me in the land of my captivity.”

Here is his description of his time as a slave in Ireland: “I was daily tending sheep, and I prayed frequently during the day, and the love of God, and His faith and fear, increased in me more and more, and the spirit was stirred; so that in a single day I have said as many as a hundred prayers, and in the night nearly the same; so that I remained in the woods, and on the mountain, even before the dawn, I was roused to prayer, in snow, and ice, and rain, and I felt no injury from it, nor was there any slothfulness in me, as I see now, because the spirit was then fervent in me.”

He also describes how he was able to escape: “And there one night I heard a voice, while I slept, saying to me: ‘Thou dost fast well; fasting thou shalt soon go to thy country.’ And again, after a very short time, I heard a response, saying to me: ‘Behold, thy ship is ready.’ And the place was not near, but perhaps about two hundred miles distant.” Through prayer he made the long journey and was accepted aboard a ship.

A free man again in Britain, he used his freedom not for worldly pleasures but to set out to pursue his vocation to the priesthood. Within a few years after his return home he heard in a dream the voice of the Irish calling him back: “We entreat thee, holy youth, to come and walk still amongst us." Instead of distaste for the idea of returning to the people who had enslaved him, he indicates that his “heart was greatly touched” by this dream. In time, the pope appointed him bishop of Ireland.

Ireland at that time was missionary territory. The druid religion held sway. St. Patrick’s former master had been a druid priest. St. Patrick worked hard to spread the Christian faith in Ireland in the face of many difficulties and obstacles. He indicates that he baptized “many thousands.”

In turn, Ireland over the centuries provided many missionaries to the rest of Europe and the world. My wife suggests that this same pattern happens in other places at other times—those who were evangelized eventually go out as missionaries and evangelize or re-evangelize the rest of the world. Our own diocese is blessed with many seminarians from other countries. Unfortunately, today the headlines from Ireland suggest a weakening of faith. Same-sex "so-called" marriage became legal in 2015 and abortion in 2018. Hopefully, missionary priests from America, Africa, and elsewhere can help re-evangelize Ireland and uphold the legacy of St. Patrick. Maybe some of your sons are ready for the challenge.

It is wonderful that St. Patrick is honored with such celebration on March 17 all around the world, especially in places with large Irish populations. However, like Christmas, this saint’s feast day can be eclipsed by worldly pursuits and distractions. Let’s keep “Christ” in Christmas and “Sanctity” in St. Patrick’s Day!

St. Patrick, glory of Ireland, pray for us!