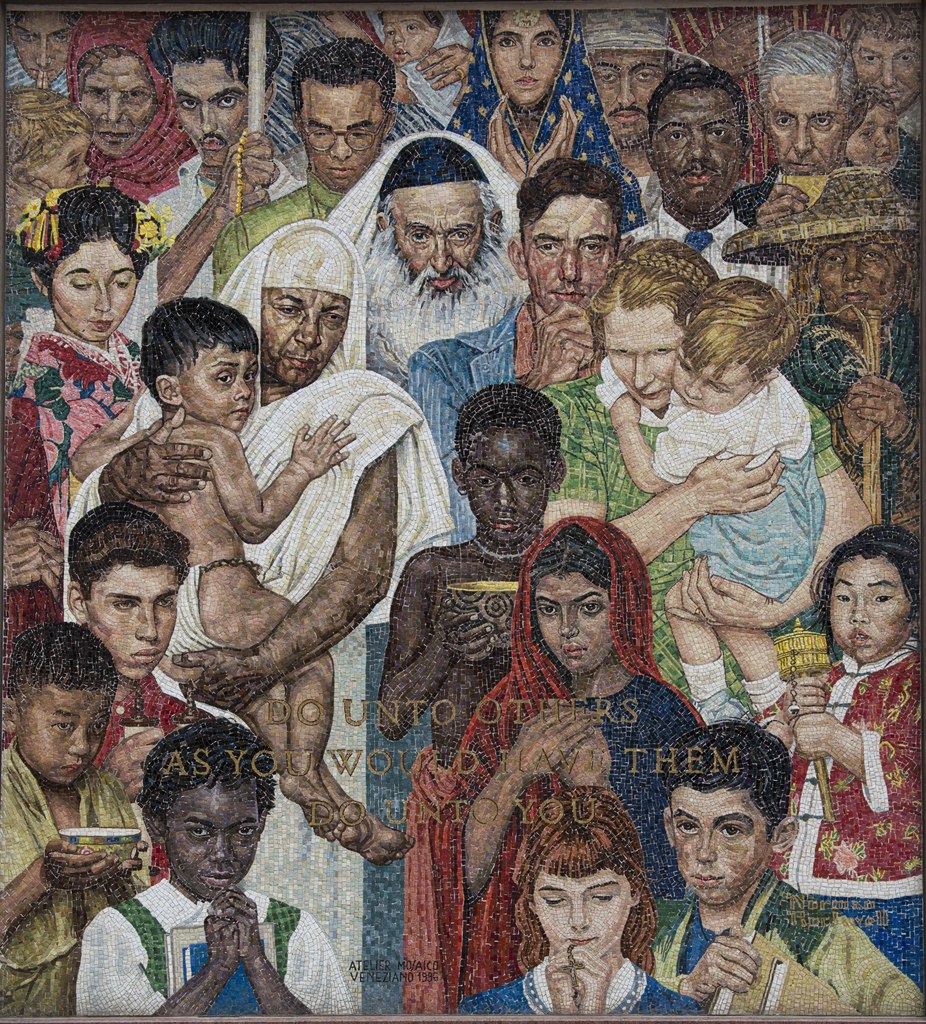 “Do to others as you would have them do to you” (Luke 6:31, NAB). I do not have data to prove this, but my sense is that the golden rule was more popular in the 1980s and 90s, during my childhood, than now. I remember it being taught and appealed to in both religious and non-religious contexts. It was a non-controversial common ground in morality. Perhaps children are still taught it: Cohoes Middle School’s motto of “Work hard. Be Nice.” is arguably a version of it. But in today’s grownup world, this principle is often weakened and distorted into the assertion, “I can do whatever I want to do as long as I don’t hurt anybody.” In this article I hope to highlight why the golden rule should not be abandoned and should be used to guide the lives of children and adults.

The first thing in its favor is that our Lord taught the golden rule during his ministry. That alone is enough of a reason to strive to put it into practice and teach it to others as we seek to follow the will of God.

Secondly, I find the golden rule useful because it is so simple. A child can understand it. Without consulting an extensive rulebook for every topic and situation, remembering this one rule can help someone determine the right thing to do.

Thirdly, the golden rule is powerful because it helps one not only to avoid evil but also to pursue the good. That is, when you reflect on how you want to be treated, you obviously don’t want people to abuse you. But you also want people to treat you kindly and mercifully, to listen to you and support you. Therefore the golden rule covers both the dos and the don’ts.

Someone might object that this principle alone does not contain enough information to be helpful. If one does not have a properly formed conscience, for example, then one will desire things that are not good and, when one applies the rule, one will treat others badly. Garbage in garbage out as they say.

A similar objection is that the golden rule supports moral relativism. Since it centers on the answer to the very subjective question, “How do you want to be treated?” it will lead to a subjective morality. A Christian might be nervous about it for fear that it therefore won’t lead to objective truth. I could imagine a moral relativist rejecting the golden rule because he doesn’t accept that the way one person wants to be treated is an indication of how others want to be treated (“my truth is different from your truth”).

While I do think the golden rule is powerful in and of itself, other teaching about right and wrong is certainly helpful. It is true that our Sacred Scripture and Tradition contain many more guidelines than just the golden rule. Yet I don’t think it is as empty as the objections suggest. I would think it is often a failure of applying the golden rule rather than a problem with the rule itself.

In other words, if you really stop to think through the golden rule, you will likely see the right thing to do. If you don’t genuinely think about it, or you lie to yourself in your answer to it, then it won’t help much. But if you think it through, and put into practice what you discover, you will not only avoid bad things, you will also start to do good things. I think the golden rule, by God’s grace, can work even with a conscience that’s hanging on by a thread so to speak. It seems that it could rescue someone that is otherwise closed off to more specific or advanced commandments by appealing to something anyone can answer, “How do I like to be treated?” regardless of education or experience. In St. Matthew’s Gospel the golden rule is followed by, “This is the law and the prophets” (Matt. 7:12, NAB), meaning that the golden rule really does summarize all rules. Fully applied, it leads not to the bare minimum of morality, but to maximum holiness.