St. Joseph: Patron of Fathers [Reflection by a Friend of the Parish] 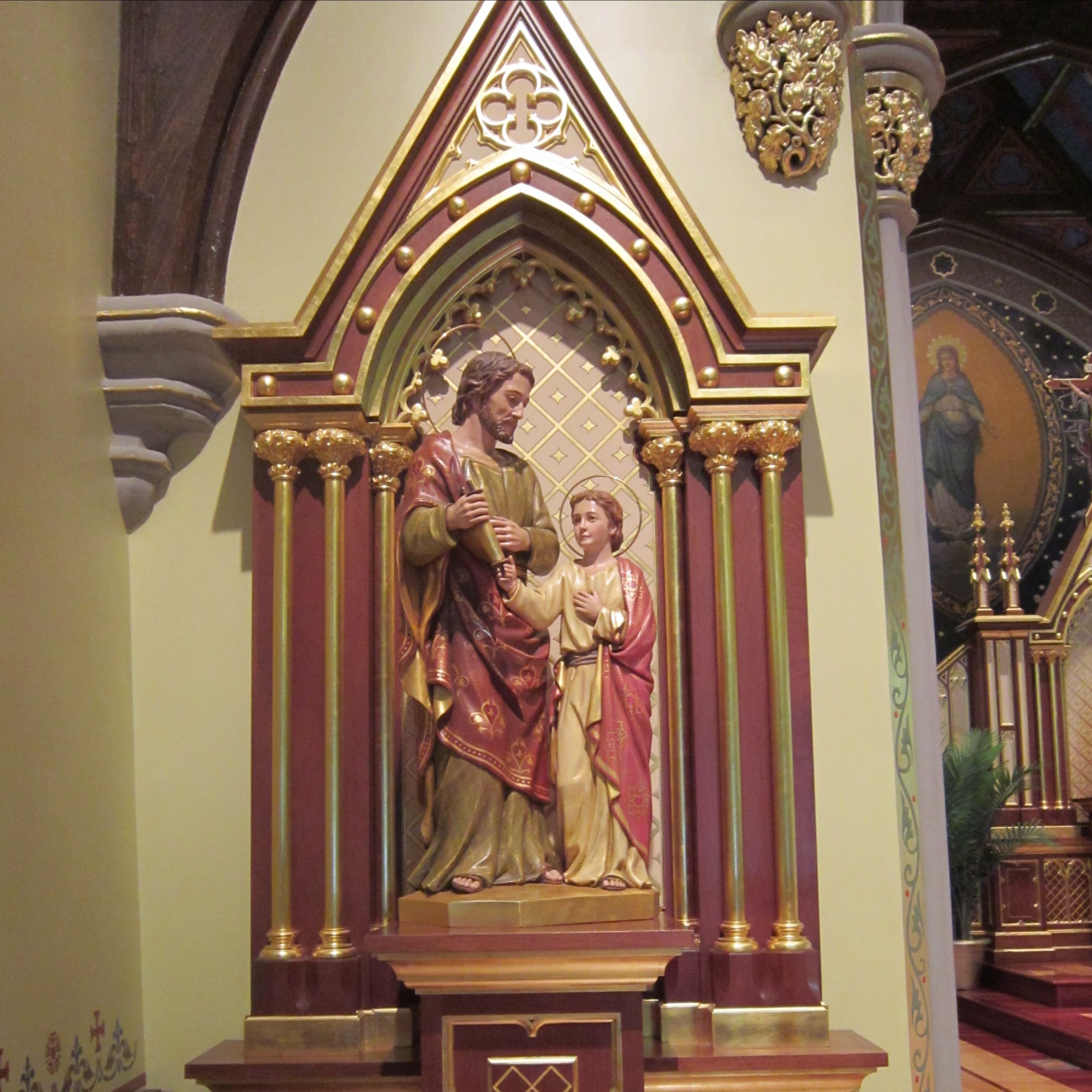 As the man chosen by God to be the husband of Mary and to be entrusted with the role of father to Jesus, St. Joseph is one of our greatest saints. In his role as father, he is an example for fathers today.

In his Apostolic Exhortation on St. Joseph, Redemptoris Custos, St. John Paul II explained, “Saint Joseph was called by God to serve the person and mission of Jesus directly through the exercise of his fatherhood.” St. Joseph acted as a father to Jesus by seeking to do the will of God the Father. In all the circumstances of Jesus’ early life, St. Joseph responded to God with faith and trust, beginning with immediately bringing Mary into his home after an angel revealed that her son was conceived by the Holy Spirit, taking his family to live in Egypt to escape Herod, after having been warned to leave by an angel, and then bringing Mary and Jesus back to Israel when an angel informed him that they would be safe. He followed the law of Judaism in having Jesus circumcised on the eighth day of his birth, and by consecrating Him to God, when he and Mary presented Him in the Temple.

As a husband and father, St. Joseph was the spiritual leader of his family and taught Jesus the practice of Judaism. In A School of Prayer, Pope Benedict described St. Joseph’s role:

“He, together with Mary, must certainly have taught Jesus to pray. In particular, Joseph must have taken Jesus to the Synagogue for the rites of the Sabbath as well as to Jerusalem for the great feasts of the people of Israel. Joseph, in accordance with the Jewish tradition, would have led the prayers at home both every day—in the morning, in the evening, at meals—and on the principal religious feasts.”

We can assume that St. Joseph had an important role in teaching Jesus, and guiding Him as a boy and young man. St. Joseph would also have been an example to Jesus in how to live as a man. As St. John Paul II wrote: “All of the so-called ‘private’ or ‘hidden’ life of Jesus is entrusted to Joseph’s guardianship.” He added, “The growth of Jesus ‘in wisdom and in stature, and in favor with God and man’ (Lk 2:52) took place within the Holy Family under the eyes of Joseph, who had the important task of ‘raising’ Jesus, that is, feeding, clothing and educating him in the Law and in a trade, in keeping with the duties of a father.” We know that St. Joseph was a carpenter and worked hard to support his family. He also taught Jesus to work as a carpenter, teaching him not only the skills, but the dignity and value of work. This experience helped Jesus to share our experience of work.

In his role as father, St. Joseph would have had the same loving relationship with Jesus as any good father. A priest I know suggested that it is possible that some of the images in Jesus’ parables, such as sheep and shepherds, may have come from experiences in seeing different places outside Nazareth while spending time with St. Joseph.

In his role as spiritual leader, St. Joseph is an example not only for fathers of families, but also for spiritual fathers: priests and bishops who dedicate their lives in service to Jesus and to spiritually caring for the people entrusted to them, who are their family in the Church. As patron of the Church and of fathers, we can ask St. Joseph’s intercession for fathers of families, and for priests and bishops, knowing he will assist them.