Save Us from the Fires of Hell [Parishioner Reflection] 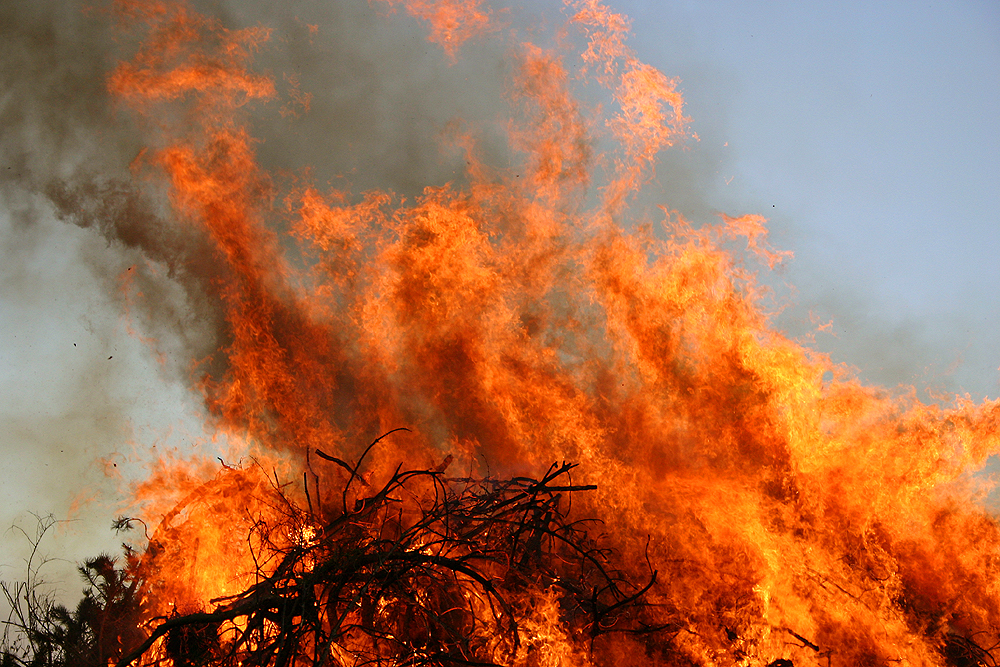 I was driving along Cohoes-Crescent Road on a Monday evening. Suddenly, I saw a blazing fire up on the hill to my left. Fear seized me at first but after a second or two I concluded that the fire was controlled. It must have been intentional burning of gases generated from the Colonie Landfill. Perhaps the burning happens regularly, but I’ve driven that way many times and not noticed. The bare winter trees and the darkness of the night made it visible.

I didn’t have the radio on at the time. Perhaps for that reason my imagination was more active. I couldn’t help but think of “fiery Gehenna” as I passed those yellowish blue flames licking the sky. Even after realizing it was an intentional fire, the image remained chilling. A fire in a fireplace has a cozy warmth to it. This fire felt angry and ominous like fire from a dragon.

The Church teaches the importance of meditating on the four last things: Death, Judgment, Heaven, and Hell. Since there was something hellish about this fire, it seems a good starting point for a brief meditation on Hell.

Imagine someone is chained to fencing on top of a massive landfill, unable to move most of his body. The stench of this mountain of trash is unbearable. He feels his skin burning and turns his head and sees a raging fire. Smoke fills his mouth and burns his throat. Could you stand this for even one night? One hour? Yet, as St. Anthony Mary Claret points out, the fire we know on earth is, “not even a shadow of the fire of Hell.” Moreover, Hell is not only full of torment but is eternal. The soul in Hell has to endure this assault not one night, not one thousand nights, not even one thousand thousand nights. Partially borrowing St. Anthony’s description, if someone in hell shed only one tear a year, he would fill an entire ocean without being any closer to the end of eternity.

In comparison, the pain we feel when resisting sin or undergoing other suffering during this short life is almost nothing. In that way, thinking about Hell is motivating rather than discouraging or depressing. Thanks be to God that He gives us time to repent and the means to hope for Heaven. St. Anthony Mary Claret, pray for us!