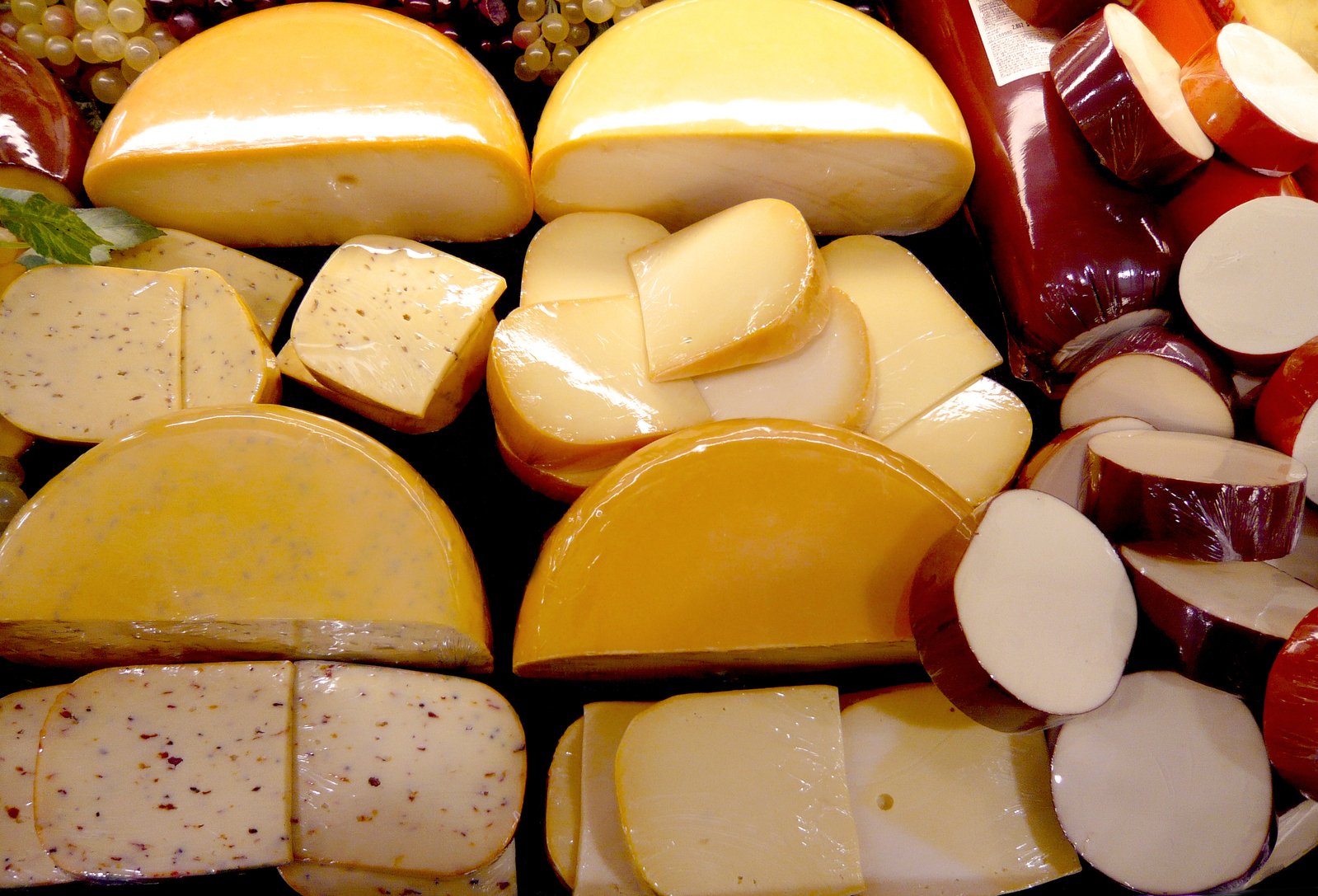 I suppose I had known him for my whole life, but I first met him when I was a freshman in college.  I was working as a cashier at Price Chopper.  When I was in the middle of an order, someone came up to me and hastily handed me a small, folded piece of paper.

"Thanks," I said, surprised, as the deliverer quickly rushed away.  I opened the note to see in a scrawled script a brief message: You will do well here.  It was signed: Morgan, Deli.

I didn't recall meeting a Morgan before.  During my break, I went over to the deli to do some investigating, but to no avail.  I kept the note in my cashier apron's pocket and, after a few weeks, forgot about the strange occurrence.

It was then midterm time for the fall semester.  Unfortunately, I was scheduled to work the evening before my big history exam.  I was a bit beside myself: I had hoped to spend the whole night finalizing my test preparation but where did I find myself? Scanning groceries.  Great … just great.

During my break, I sat myself in the little eating area of the store where I lamented my lost study time and seemingly inevitable failing grade.  I glanced up to see a man sitting a few tables away, carefully watching me.  He smiled and approached my table. "You look sad about something.  What's wrong?" I proceeded to tell him my troubles and he listened most graciously. As my break neared an end, I asked his name and he replied, “Morgan.”

I had found the author of my mysterious note.

We spoke several times after that initial encounter. On one instance, Morgan noticed the Miraculous Medal that I was wearing and excitedly showed me his medal, enthusiastically sharing with me his devotion to our Blessed Mother.

It came to pass that I transferred to a new store and, as such, no longer saw Morgan. Time went by and I forgot about him. I began to forget about other things, too—it was a dark time in my faith journey and my relationship with God became lukewarm as I questioned and challenged long-held beliefs.

My life was on a collision course and it manifested itself quite concretely a few months later during, of all times, Holy Week. Driving home one afternoon down my quiet, rural street I prepared to turn left into my driveway. As I turned, seemingly from nowhere bounded a truck that inexplicably attempted to pass me on my left as I turned.

The truck hit my car and swerved off the road while my car spun in place. Dazed and shocked, I managed to drive my car into the driveway, the front bumper dragging along the road as I numbly realized that the truck had missed the driver’s door by a matter of feet.

Shaking, I exited my car and watched the driver of the truck also exit his vehicle and then abruptly begin sprinting down the road away from me (I was later to learn he had stolen the truck).  Alone and frightened I stood as another car approached the scene of the accident. The driver stopped and came toward me.

It was, of all people, Morgan.

As he walked, I saw a Crown of Thorns in his hand, which he said he would be using for the Stations of the Cross on Good Friday. He stayed with me as I called the police and helped me until everything was resolved.

The last memory I have of Morgan was that Easter Sunday morning.  He attended the same Mass as me and I remember, driving home, watching him walking alone down the sidewalk, the sun on his back.

In retrospect, I see the bizarre car accident as a metaphor for my faith life at the time.  It was in danger and about to crash. This was God’s intervention at a crossroads to warn me and encourage me to choose to follow Christ… and Morgan was the messenger.

Did you know that the word angel means "messenger?"  I have no proof either way, but I really do wonder whether Morgan was my guardian angel in human form.

But, wait, you might argue.  That’s a nice story and all, but do angels really exist?  Aren’t angels fantasy or myth, the stuff of Lifetime movies or children’s stories?

Let’s look at two of our sources of truth: Sacred Scripture and Church Tradition.  The Bible is very clear about angels: they exist and they are powerful. At the major moments of salvation history, angels were present.  An angel guarded the gate to the Garden of Eden after the Fall of Man. Angels appeared to Abraham to share the news that he and his wife would bear a child.  Later, an angel stayed the hand of Abraham when he prepared to sacrifice his son. The archangel Gabriel appeared to the Virgin Mary to share the message that she had been chosen to become the Mother of the Savior.  Then, at the Savior’s birth, angels danced and sang for joy in the midnight sky. Angels ministered to Our Lord after Satan tempted Him in the desert. They likewise comforted Him during His agony in the garden. The morning of the Resurrection, it was an angel that announced that Our Lord was alive.  When Our Lord ascended into heaven, an angel encouraged the apostles to return to Jerusalem and their ministry. An angel aided St. Peter in escaping from prison. When Christ comes again, the angels will trumpet His glorious return.

Christ makes clear the reality of angels.  He says, “See that you do not despise one of these little ones, for I say to you that their angels in heaven always look upon the face of my heavenly Father” (Matthew 18:10).

Church Tradition has similarly been clear about the existence of angels.  The Catechism of the Catholic Church states, “The existence of the spiritual, non-corporeal beings that Sacred Scripture usually calls ‘angels’ is a truth of faith. The witness of Scripture is as clear as the unanimity of Tradition.”

But, if we need further evidence, just consider for a moment the order and hierarchy of the natural world.  Think about all of the creatures that exist, starting with a single-cell organism, all the way up to the complex human person.  There are so many creatures along the steps of that hierarchy. Analogously, why wouldn’t God do the same in the supernatural world?  At the bottom is man (body and spirit); at the top is God (perfect Spirit).  What fills in the space between those two? Angels.

Angels are all around us, even though we may not be aware of them.  Most times, we cannot see them. Unlike us humans, angels are pure spirit: they have no body, no matter.  Because they have no body, angels are neither male nor female. They also can never die, since they have no body that can be destroyed.  The Catechism of the Catholic Church states, “As purely spiritual creatures angels have intelligence and will: they are personal and immortal creatures, surpassing in perfection all visible creatures, as the splendor of their glory bears witness.”  Sometimes, guided by the misinformation given in movies, people think that we humans become angels after we die.  However, an angel is an entirely different species from people. Humans can’t become angels, though it would help us to try to act like them!

We often think of angels as chubby little cherubim, sweet and innocuous.  But in reality, angels are supremely powerful, fearful (in a good way) and “awe”-some.  Consider this: just about every time an angel appears in Scripture to someone, the angel immediately reassures, “Do not be afraid!”

Angels are pure intellect: they know perfectly and immediately. (This is why, in art, angels are sometimes depicted as heads with wings on either side!)  Let’s say that I’m trying to learn how to sew. How would I go about that? It would be a process, right? I would need to maybe watch some YouTube videos, take some classes, practice, make mistakes and correct them, etc.  My knowledge is gradually acquired. An angel, in sharp contrast, knows instantly. As Peter Kreeft in his book Angels (and Demons) writes, “They are more brilliant minds than Einstein.”

The word angel means “messenger.”  It describes more what angels do, than what they are.  As messengers, they have various roles. Actually, there are nine different levels (or choirs) of angels:

Our guardian angel in an incredible gift from God.  From the moment of your conception, there is an angel by your side at all times.  That angel’s whole purpose is you!  Isn’t that an incredible thought?  God has created an angel for the sole purpose of protecting, guarding, and watching over you!

Sometimes angels intervene in our lives in a miraculous way.  Maybe my Morgan was indeed an angel. When angels appear this way, it’s as though they are putting on a very realistic costume.  We see this in Scripture in the Book of Tobit, when the Archangel Raphael appears as a man to help Tobias and his family.

The Church has two special days devoted to angels.  September 29 is the Feast of the Archangels (Michael, Raphael, and Gabriel) and October 2 is the Feast of the Guardian Angels.  Take these days to thank God for the gift of the angels! And remember, “Do not neglect hospitality, for through it some have unknowingly entertained angels” (Hebrews 13:2).

Angel of God, my guardian dear,

to whom God's love commits me here,

ever this day, be at my side,

to light and guard, rule and guide.