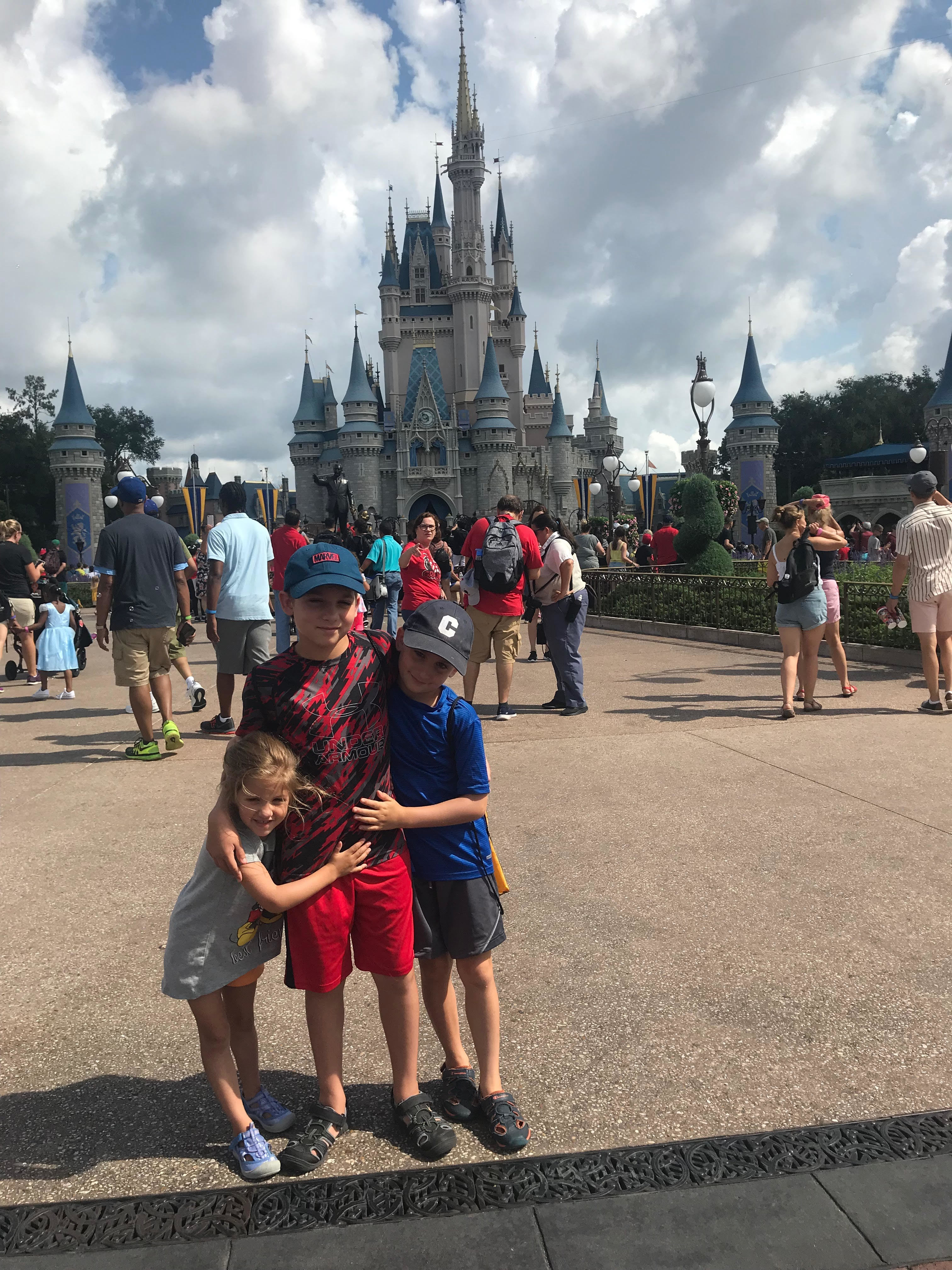 My family and I recently returned from a 10-day vacation in Disney World and we had an incredible amount of fun. Thrilling rides, great food, fun shows, photos with characters, time spent at a water park and in the hotel pools. It was a blast. Would go again.

Still, there was something about the whole Disney experience that grated on me. Before we get to that though, here are two disclaimers:
It wasn’t the heat, the overtired children or any of the Disney amenities that bothered me. It was the out-of-control consumerism and price-gouging that occurs at any amusement park, but is seemingly on steroids at Disney. Subliminally, the messages were delivered:


I think you get what I’m saying. And so, despite my half-hearted efforts to defeat the forces of in-your-face advertising, my children were Gift Shop Warriors and came home with plenty of souvenirs. “The real magic of Disney is the ability to separate people from their money,” is something I may have said at one point on the trip. But that’s just me being Grumpy Dad.

The last three Popes have spoken eloquently about the evils of a materialistic society. According to a 2015 Crux article:

“John Paul II warned against people becoming ‘slaves of ‘possession’ and of immediate gratification, with no other horizon than the multiplication or continual replacement of the things already owned with others still better.’ Pope Benedict XVI cautioned, ‘Do not be fooled by those who see you as just another consumer.’ And Pope Francis has linked consumerism to the throwaway culture that he has denounced time and time again.”

Catholic radio and TV host Ray Guarendi has said that consumerism is the biggest corporate sin of Christians, that we are “simply so deep in it that we don’t see it anymore.” He continued, “In our culture, being a consumer is seen as the good life but it distracts us from the infinitely good life. Adam and Eve had everything, except for one tree. And of course, that's what they wanted the most.”

I’m not sure what can be done about this problem except for perhaps asking ourselves before we buy something whether we really need it. Or maybe we could juice up our weekly offerings at Mass and increase our donations to organizations like Catholic Charities. But changing the culture away from “buy, buy, buy” to “give, give, give” is a heavy lift, and that’s coming from a pretty optimistic guy!

As far as Disney goes, here’s what I’m thinking: I’m not expecting Disney to change; what they’re doing obviously works for them. And I’m not saying I won’t go back, either. It was a great vacation. But maybe next time the focus can be more on the fun we’re having and the time spent with those we love and less on all the “stuff” that can be purchased.

I mean, did I really need the hat with the giant Goofy ears hanging off it?