Children and the Gift of Joy 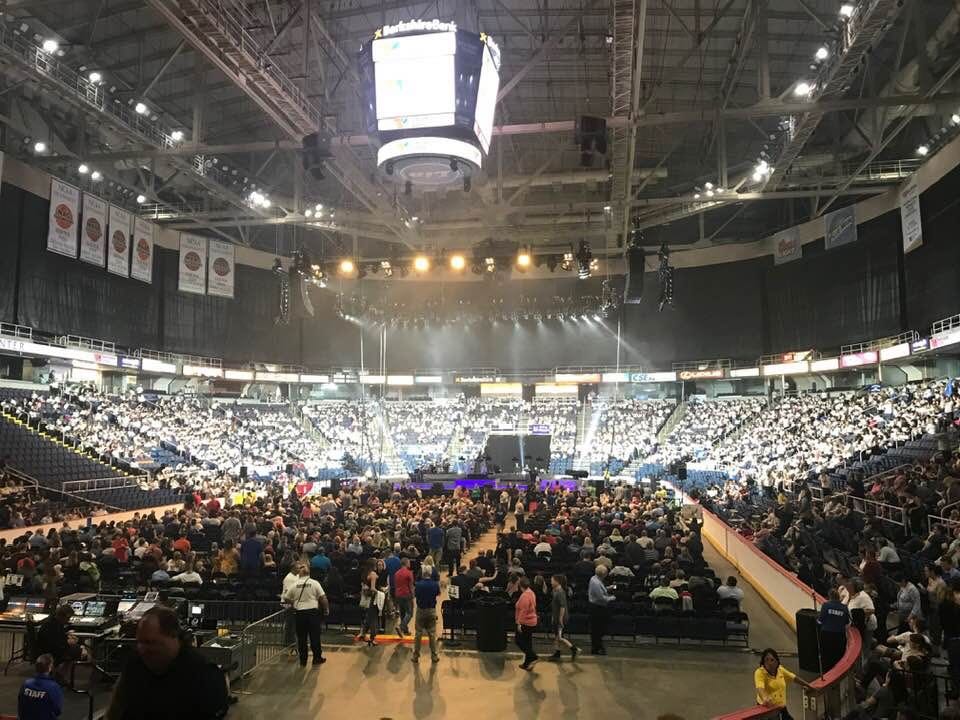 Last month, my oldest son Vito (age 11) performed at the Times Union Center as part of the American Young Voices concert. For those not familiar with the event, thousands of students from area schools all practice the same songs, then get together for a “one night only” show to belt out some tunes in a big arena in front of a lot of people.

It’s quite a spectacle. In addition to all the children wearing matching shirts, there’s a professional band consisting of musicians who used to perform with stars like Billy Joel and Alice Cooper, lead singers, an emcee, and dazzling lights to really give it the feel of a big-time act.

Before one song, the emcee gave the crowd – which was mostly made up of the kids’ parents – a chance to get involved by singing a short part in the middle of the refrain. It was an easy task and we would be cued in when it was our time to shine.

Except we really didn’t shine.

The children, who were so excited to be part of this show, enthusiastically sang their lines. But when it came time for the audience to jump in, it was rather lackluster, and it felt like more than just the general embarrassment of being asked to sing in public. I got the sense that we adults were beaten down by life. Almost like, subconsciously, the weight of our jobs, our bills, our sicknesses, our stresses, our failures, our sins, had stolen our joy and taken the power out of our voices.

That’s when I saw, and heard, God. He knew that the only way, at that time, to spark our joy was through those white-shirted kids. Perhaps sensing our low energy, the children took it up a notch, singing as loud and as well as they could, and slowly the grown-ups came around. The joy God put in those young singers was transferred to us and by the end of the song, everyone was completely into the music. I saw a lot of smiles on the faces of people that weren’t there before.

“The joy of children makes their parents’ hearts leap and opens up the future. Children are the joy of the family and of society.” – Pope Francis

There are a few Pope Francis quotes that stick in my head, and this is one of them. Sometimes this sentiment is hard to reconcile when my kids are misbehaving, but it’s absolutely true. And it’s good to remember it from time to time.

There is also this, from Scripture:

“And people were bringing children to him that he might touch them, but the disciples rebuked them. When Jesus saw this he became indignant and said to them, ‘Let the children come to me; do not prevent them, for the kingdom of God belongs to such as these. Amen, I say to you, whoever does not accept the kingdom of God like a child will not enter it.’ Then he embraced them and blessed them, placing his hands on them.” (MK 10: 13-16)

God wants us to be as trusting in Him as a small child trusts his or her parents. A certain innocence can be restored in us if we have a childlike faith in our Creator. In a small moment, at a concert in Albany, NY, among many people who were surely not Christian, God worked through children to allow cynical adults to recover some innocence and a trust in what we were asked to do. The result was a true, beautiful harmony between children and their parents. And for a fleeting moment, it also felt like we were all in harmony with God.